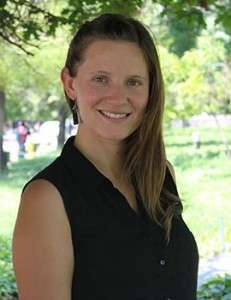 During the past few years, Chile has seen a marked increase in the number of immigrants entering the country, many of whom are seeking better economic conditions. Public policy has not kept pace with the complex realities on the ground; as such, J-PAL Latin America and the Caribbean (J-PAL LAC) sees a critical role for the generation of evidence than can inform policy and programming. We connected with J-PAL LAC’s Constanza Palacios to learn more about one of their current projects, “Integration of migrants in Chile: the impact of networking.”

Tell us a little about the project.

“Integration of migrants in Chile: the impact of networking” was jointly developed by the Inter-American Development Bank (IADB) and the Jesuit Service for Migrants and Refugees (SJM), an institution that provides both psychological and technical assistance to immigrants. The principal investigators are Jeanne Lafortune (J-PAL affiliate) and José Tessada.

The project involves a Randomized Controlled Trial (RCT), where the treatment consists of attending a workshop aimed at encouraging networks between participants. Our theory of change is that by participating in a workshop with people in similar situations, immigrants can exchange ideas and feel supported, which can improve their lives in terms of work, education, health, and other indicators.

“We believe that the use of SurveyCTO allows us to present a professional image to the potential respondents, improving the rate of successful surveys.”

Approximately eight months after the workshop, both the control and treatment groups are contacted by phone to answer a follow-up survey. Along with the telephone survey, we are conducting a face-to-face survey with approximately 430 immigrants in Santiago, Chile using tablets programmed with SurveyCTO. This complements the telephone survey and enables us to obtain a comparison sample for our study.

We are now towards the end of the data collection process for the follow-up survey. We expect to finish this phase in the next few months and then shift to analyzing our results. We hope they will shed light on the impact of the workshops and reveal how our sample differs from a random sample of immigrants in Chile.

What are some of the innovative ways you’re using SurveyCTO?

Part of the project involves gathering information in public places with large numbers of immigrants such as government offices or city center blocks. For this, the use of SurveyCTO is very helpful because it allows us to survey a large number of immigrants with only two surveyors and their respective tablets.

With SurveyCTO, we can back up data directly to the server each day without the need to manually upload data (as is the case with paper surveys). The platform also supports the use of question jumps in the survey, reducing the number of errors we would typically encounter with manual surveys.

We believe that the use of SurveyCTO allows us to present a professional image to the potential respondents, improving the rate of successful surveys.

Be sure to devote enough time to the preparation, piloting, and refinement of the survey before the data collection phase, especially when there are cultural differences between the respondents and the research team designing the instrument.

To address this challenge in our project, we conducted a pilot survey that allowed us to make significant improvements both in terms of the language used and the overall structure of the survey. Finding ways to solicit and incorporate different perspectives is essential to developing a quality instrument.

Key takeaways from EvalFest 2018, hosted by the Evaluation Community of India

Using mobile devices running Android 4.4 or lower? Action may be needed prior to November 1, 2020