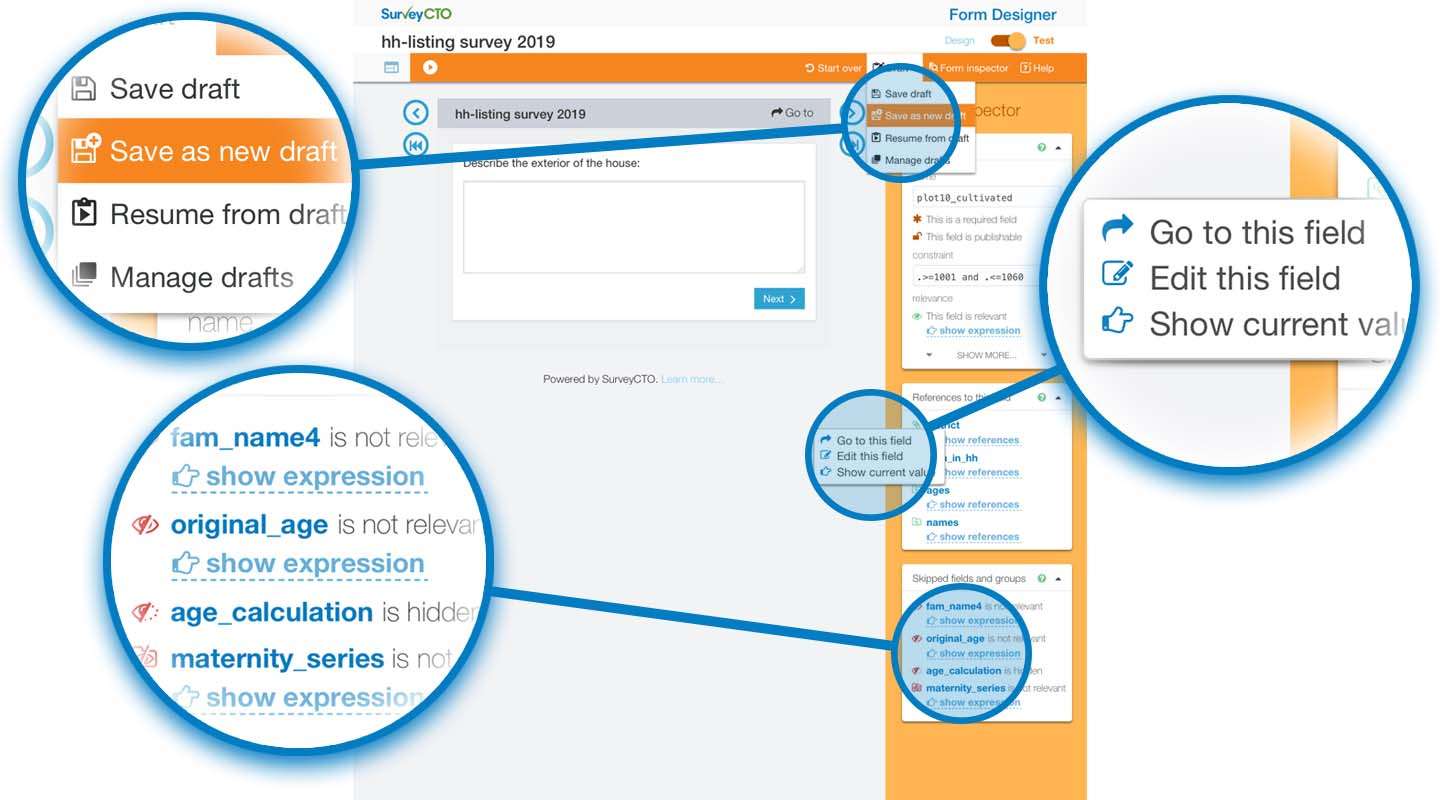 Coming out of the holidays and into the new year, it seems a good time to give a brief update on our SurveyCTO product roadmap:

There’s a whole lot more that we’re working on in addition to these things, including some truly exciting stuff – but we’re going to have to stay tight-lipped about it for now. Stay tuned for more updates!

And thank you for all of your continued support! Our ongoing efforts to improve SurveyCTO are only possible because so many of you inspire us, push us, and help us, and we are so fortunate to know that the work we do will be put to such great use in the world.