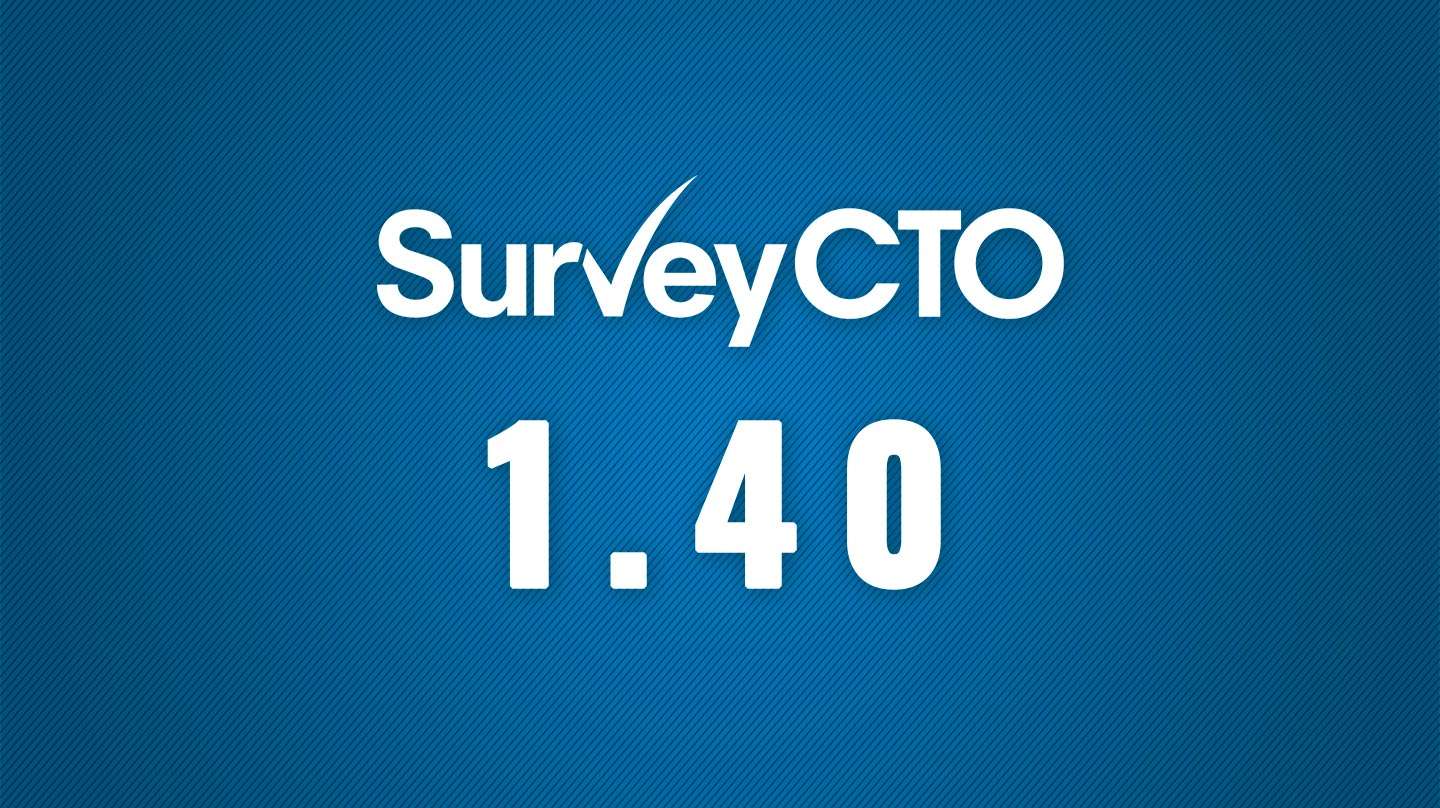 The theme of our v1.40 release is freedom, because our development focus was on the removal of limitations. There’s nothing too flashy or sexy about it – we’re leaving that for our 2.0 release (which is already in development) – but we expect that the greater freedoms in v1.40 will lead to significant, potentially-dramatic quality-of-life improvements for many of our users. Gone now are the following limitations:

Removal of the first limitation (on form updates) should make essentially everybody’s life easier, because everybody revises forms. The other limitations, on publishing, should open datasets, quality checks, and Google publishing to a greater number of potential users, users who had been put off by the inability to publish repeated fields or by the restriction to no more than 81 fields.

There were a range of other, smaller features and updates, so see the release notes for a full list.

Next up: massive improvements to our user interface, particularly on the server. We’ve kept adding features over the last few years, and things have become a bit too complicated (for new users in particular). So we’ve taken a step back and thought about how to better organize the features, the online help, and the overall SurveyCTO experience. We may have a small maintenance release or two on the way, but our next big release will be SurveyCTO 2.0.

Be the first to receive news and resources to improve your SurveyCTO experience!