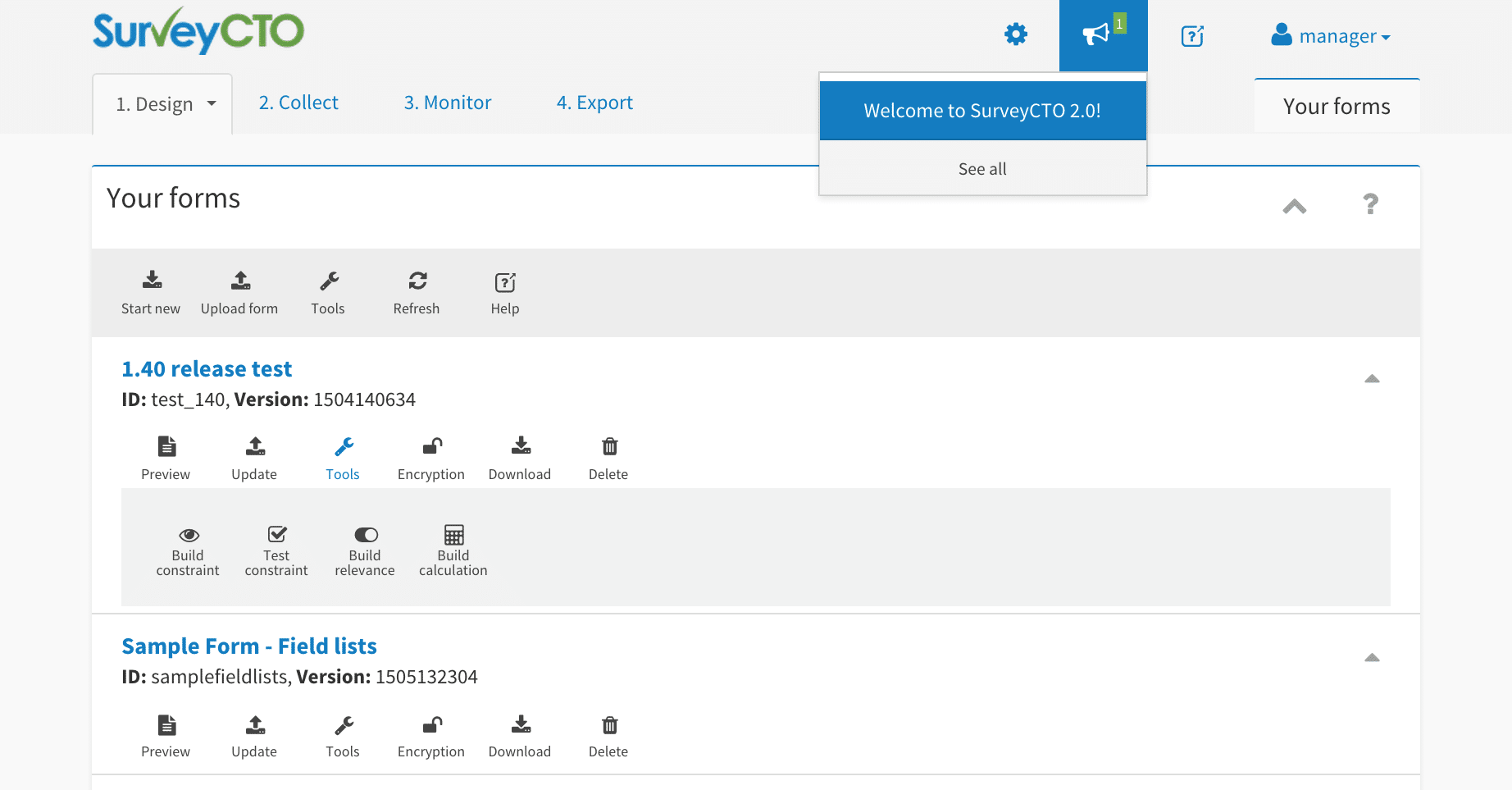 Because SurveyCTO 2.0 is such a big release for us, we’re being very careful about the testing and roll-out. As we finalize the release, we’d like to invite our existing users to participate as beta testers.

Why would you want to participate?

How does it work?

For more about SurveyCTO 2.0, please see our earlier blog post.