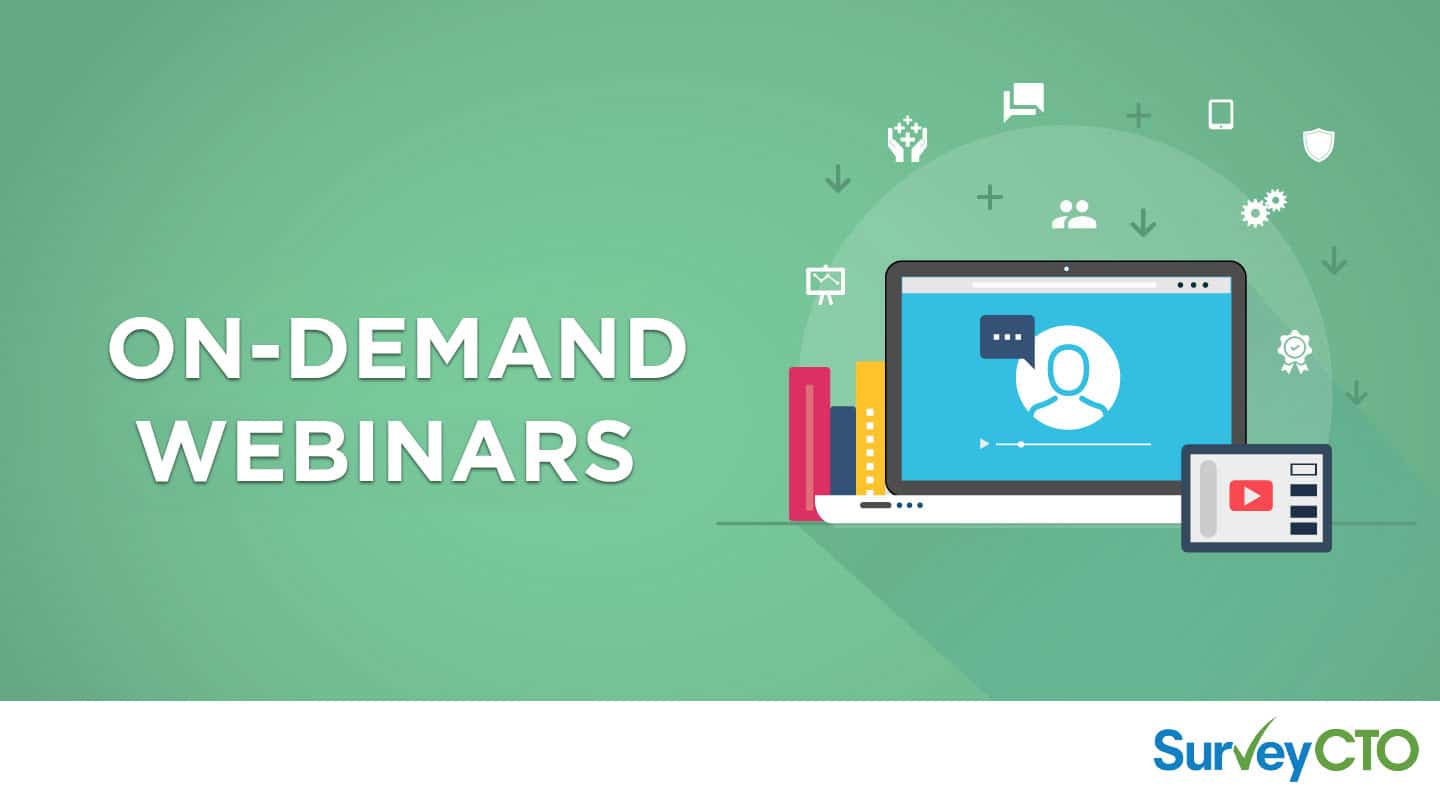 What you’ll learn in this on-demand recording: How to use repeat groups in SurveyCTO to capture household dynamics in your data

When conducting a household survey, establishing relationships between different members of a household roster can reveal much about the rest of the collected data. Who is married to whom? Do all the children have the same parents? Or are things more complicated? In this webinar, you’ll learn how to design smarter forms to uncover the connections and dynamics in the households you’re trying to understand.

In SurveyCTO, household members are typically captured using repeat groups, which are groups of fields that loop to capture the same information about every household member. By displaying previously captured data as response options and choice filters, you can return to and display information from a household roster, as well as establish connections between different roster entries. For example, you can indicate that Margaret, captured in instance three of the roster, is the wife of Daniel, captured in the first instance of the roster.

We’ll walk you through a household survey example where we’ll first create a roster of household members, followed by two rosters that match spouses to each other and children to parents. Lastly, we’ll store those connections. To do this, you’ll learn basic and advanced uses of the following:

Mastering these features will help you to better understand your subjects and generate more meaningful data.

Do you need help now? Don’t forget that our support team is available 24×7. Go to the Support Center and click on the link to “Submit a support request.” No question is too small.